Round 5 Review
The club celebrated its Women’s Pink Round major fundraiser with an undefeated run across the senior unit.
Across two days, the club raised over $1000 for Breast Cancer Network Australia, as the players donned bright pink socks, with a raffle, sausage sizzle and baked goods making for a great weekend.
Pete Jennings had his eye in for the Men’s Vic League 2 side, scoring a brace in a 5-1 win over Frankston. It was the Cannons’ fifth win from as many starts, with Bryan Young, Nick McPhee and Matty Light also adding their names to the scoresheet. Young’s goal gave him 12 from five games, which puts him tops in Vic League 2, which is the same position the Cannons occupy on the ladder.
Mel Light had to settle for a draw in her 300th game for the club, but she would have been proud of the fight the Vic League 2 women’s side showed against ladder leader Frankston. After Gembrook MP Brad Battin and wife Jo tossed the coin to begin proceedings, the Stingrays scored the first two goals of the match and it looked like they would run away with it. But the Cannons were able to turn the tide and dominate proceedings after halftime, flooding forward in numbers thanks to the drive of Kate Rhineheart, Bron Moult and Hayley Jacobs. Mikaela Davis made a welcome return to the Cannons’ lineup and was rewarded with a goal, while Jess Rowland also found the back of the net – in rather comical circumstances. Strong defensive performances from Light and Bec Wagg provided the impetus for the Cannons’ attack. With this effort and commitment to team hockey, the Cannons can match it with the best. Credit to Fiona Young for donning the pads, with regular goalkeeper Kitty Bergmann away on Junior Country Championships duty.
Buoyed by the return of club great Matt Gaustella, the Men’s Reserves enjoyed a thumping 6-0 win over Frankston. ‘Coaster’ did as he pleased in his return to the club, controlling the midfield and scoring twice. Captain Jeff Smit also helped himself to a double, twice making use of the penalty corner variation popularised by another premiership star in Scott Daly. It really was a day for veterans, with Andrew Harris and young buck Jason Moult ensuring the combined age of the four goalscorers was about 370.
The Men’s Metro B side traded blows with Southern United, scoring first through Sean Griffiths, before the opposition pegged one back. The Cannons went in again, this time thanks to some slick follow up work from Thomas Jelavic. But a defensive lapse allowed United in again. The Cannons controlled the play from there, but could not breakthrough, hitting the post once and sending several other golden opportunities wide in a match that got away from them.
Leaders Hilary Doulton and Jane Gipp were on form for the Women’s Metro B side, with youngster Maddy Smit showing plenty as they held a solid Maccabi side to a 0-0 draw. Goalkeeper Cheryl Howard put in a first-half blinder to keep the Cannons blemishes on the day.
Dominant Jas Singh fired in a hat trick for the Men’s Metro C side, who leapt into the top four with a dominant 5-1 win over Whittlesea. Hard-hitters Leigh Welsh and Luke Huntingford rounded out the goal scorers.
Newcomer Chris Rigoni fired in for the U14s, who got another hat-trick masterclass from the uber-talented Thomas Pettigrew, running out with a 4-1 win over St Bede’s.
The U12s fought hard, but ultimately fell to Mentone, 3-1, Prince Achandira the goalscorer.
U10 Coaster went down 5-0 to Waverley White, while U10 Noney managed to score twice in a 9-2 result against Waverley Blue. Lilly Kelly scored her first ever goal, while Xavier Woodcock made it two in two weeks.
Greensborough gifted the Women’s Pennant F side with a 5-0 walkover.
THIS WEEK: 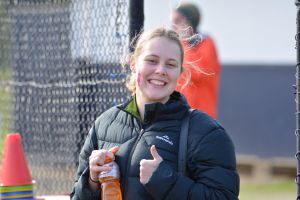 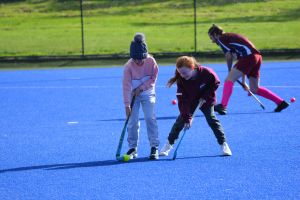