Round 6 Reveiw
The men’s Vic League 2 side had to pull out all the stops in a remarkable come-from-behind win over Melbourne Sikhs. In a high-scoring affair, the Cannons’ blemishless start to 2021 looked in danger when they found themselves down 5-4 with five minutes left. But the boys dug deep, showing they know how to win, firing in twice in the final moments to snatch victory from the jaws of defeat. Matty Light had a day out with four goals, backed up by Bryan Young and Dave Noney.
From goalkeeper to star striker, a double from Life Member Fiona Young wasn’t enough to get the women’s Vic League 2 side over the line against Bayside. Despite the loss, the women still hold a tenuous grip on the top four.
The women’s twos fared better, launching a raid on Footscray and coming away with a 1-0 result. Fleet-footed Teejay Peterson found the match winner to keep an equal share of top spot with two other teams in Pennant F.
The men’s reserves also found success, holding off Melbourne Sikhs 3-2. Matt Guastella, Peter Jennings and Jake Lazzari found the goals as the Cannons air one-point away from top spot.
Women’s Metro B fought out a 0-0 draw with Greater Dandenong, while the Men’s Metro C side fell to Old Carey 2-0. Jas Singh, Paul Ross and James Doble scored in the Masters’ 3-0 win over Mentone.
Chalk up another hat trick for the brilliant Thomas Pettigrew in the U14s, helping his side to a 4-1 win over MCC, Leandi Blignaut adding the other. It’s now 11 goals in three matches to start the season for young Pettigrew.
Alfie Ray fired in twice and both Edney Mason and Brayden Guastella struck, but the U12s went down 4-3 in a high scoring affair against Croydon Ranges. Under 10 Coaster went to Waverley and made a strong fist of it, but eventually fell 5-2, despite goals to Cleo Guastella and William Gregory.
Men’s Metro B and U10 Noney had byes. 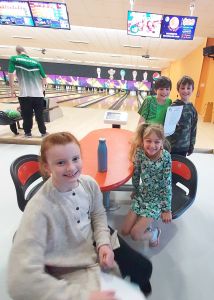