Round 10 review
The return to hockey was a very successful one for our club, with six of our seven senior teams claiming victories.
Strikers Charlotte Davis and Tina Horwood continued the women’s firsts’ stunning resurgence, their goals producing a 2-0 win over Melbourne High School.
The Cannons have been unstoppable, winning their last four matches and they now have a firm grip on the VL2 top four, with three wins separating them from fifth.
The twos also franked their top-four credentials with a 3-1 win over Southern in Pennant F.
Young gun Amy Jamieson helped herself to two goals, underlining her burgeoning potential, while Jamieson Dykes also found the net in a comprehensive victory that ensured their lead on fifth is four points.
And the thirds made it a clean sweep for the women, claiming a big scalp in second-placed Maccabi, 2-1. No surprises in goal machines Zena Rhyne and Randeep Kaur getting on the sheet.
The win keeps them in touch with the top-four.
The men’s firsts recorded a rare blemish, falling to Melbourne High School 2-1.
Fortunately, other results went the Cannons way and they remain top of the VL2 table, despite a form slump in which they have dropped two of their past three games.
The VL2 Reserves had no such dramas, pummelling Melbourne High, 8-0.
Mathews Thomas had a rare day in front of goals, slamming home four goals, while Matt Guastella coasted in with two.
Captain Jeff Smit scored, as did Pete Turner, who needed a sleep in the car on the way home after his tireless effort.
The goalfest was massive for the Cannons, putting them on top of the ladder on goal difference.
The men’s thirds also jumped to top of Metro B South, leapfrogging Southern United with a 3-1 win.
The Cannons came out of the blocks firing, scoring all three of their goals in the first 10 minutes, courtesy of Luke Harrison, Sean Griffiths and Thomas Pettigrew.
Debutant Gareth Fenton showed his craft, having a hand in two of the goals, while Tom Jelavic, captain Jake Griffiths and Chris Randall held the fort.
The fourths were handed a walkover by Whittlesea.
Two goals from Pettigrew – that’s 19 in eight games, for those playing at home – powered the U14s to a 4-0 win over
Emily Harris and Aleisha Foot also scored in another great win for the kids that has kept them in second spot.
U12 White went down to Mentone, while Maroon had a solid 4-1 win over Croydon Ranges. Madison Edney had a brilliant striker’s game, smacking in a hat trick of goals, while Xavier Woodcock added the other. Amelia Woods was also impressive in midfield.
The Masters faced Hawthorn on Monday night, but fell 2-0
. 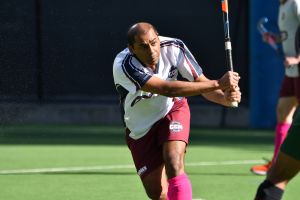 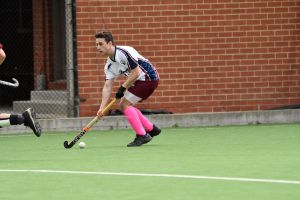 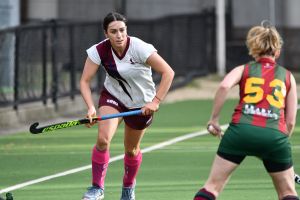