With a few unavailable this week the men’s 1’s worked hard against a good Old Xavs team for a draw. The depleted line was even more noticeable with the Men’s 2 who went down to Old Xavs 4-1.

Women’s 1’s got back on the winner board with a solid 2-0 win against Bayside after losing key player Emma Harris early in the game. Women’s 2’s continued their winning run easily beating bottom of the ladder Monash Uni 5-0 with Bec Gregory again scoring 2 goals.

The women’s 3’s also continued their good run of form beating Monash Unit 2-0 and putting them in the top four.

The men’s 3’s was competitive early but could not keep up against Old Trinity going down 5-0.

Some good results for our juniors with the under 16 team having a win against Macabbi on Sunday, the under 14’s had a great win coming back from 2 early goals against to end up winning with Prince scoring 2 goals.

Our under 12’s came away with a draw. The under 10 team 1 lost to Southern United but the under team 2 had a bid 13-2 win with Tom Guestella scoring 4 goals and Kaiden Sibells-Strang also putting 4 goals into the net. 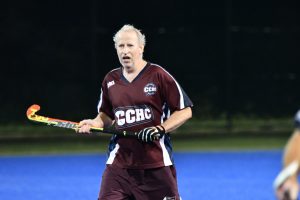