Club Milestones
Two of our great clubpeople will mark significant career milestones this weekend.
Men’s stalwart Craig Moore reached 200 senior games on Saturday.
Craig has played an integral role in helping hold the men’s senior group together through tough times and is now enjoying the spoils of the team’s success – and reaping the rewards of an incredible fitness journey. Craig, the son of Life Member Frances and stalwart Ken Moore, started at the club in 2000 and played 169 junior games. His first senior game was in 2006.
After a false start a few weeks ago, Jenelle Hyland finally chalks up her 100th game for the club.
Jenelle played her first senior game way back in 1989 – the club’s first ever season and she was a member of its inaugural premiership that same year.
It might be the longest stretch in club history between game 1 and game 100 – 32 years.
The club’s first lady plays her 100th game on Sunday (2pm @ Powerhouse). 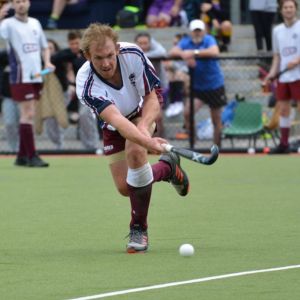