Round 7 Review
The return to hockey was fantastic for our club on the weekend.
Our women’s firsts put in one of their better performances of the season in a 4-2 win over Gippsland Bulls.
Charlotte Davis got the ball rolling for Casey, finishing off the brilliant teamwork of Tegen Hyland and Hayley Jacobs in the second quarter. Hyland’s vision to pick out Jacobs was superb and the young gun then fired in a pinpoint pass to Davis, who made no mistake.
Jess Light made it two goals in the second quarter with a short corner one-two with Mikaela Davis, but Bulls hit back early in the second half.
But Light would not be denied, waltzing past a defender and slotting it in the corner past a hapless goalkeeper.
Bulls scored again to give themselves a sniff, but Hyland capped off the win with a bullet like finish that allowed the side to celebrate.
The win kept the women in the Vic League 2 top four on percentage.
In Craig Moore’s 200th game, the men’s firsts also slotted four goals in a 4-1 win over La Trobe.
Sean Dack, Nick McPhee and Matty Light were all on the scoresheet, but the biggest celebration was for Moore, who marked his milestone with an expert finish that gave the La Trobe keeper no chance.
The Cannons remain undefeated on top of Vic League 2.
The women’s twos made a fighting recovery from a disastrous start to top Bayside 5-2 to ensure they stayed in second spot on the Pennant F ladder.
Youngster Amy Jamieson showed she has a bright future with two goals, while veteran leaders Tina Horwood, Vanessa Dillon and Jane Gipp were the other scorers.
Jason Moult and Mathews Thomas scored two goals each to leapfrog La Trobe into top spot on the Vic League 2 Reserves ladder.
Coach Jeff Smit added the other goal in the 5-1 result.
Contrary to the goalfests on Saturday, the men’s thirds only needed a solitary goal to see off Mentone.
That came from the stick of Sean Griffiths as the rusty Metro B side squandered chance after chance.
The 1-0 win keeps the Cannons in second.
Five individual scorers and a clean sheet gave the women’s thirds a 5-0 win over Powerhouse, celebrating Jenelle Hyland’s 100th game in style.
A first senior goal to Aleisha Daly was the highlight as Manisha Venkat, Zena Rhyne, Randeep Kaur and Karen Alarcon all troubled the scorers in Metro B.
The men’s Metro C side went down 4-0 to Melbourne Razorbacks.
It was a Monday night special from Steve Ray that gifted the Masters a 3-1 win over Gippy Bulls. Ray fired in all three of the team’s goals in a win that keeps them in touch with the top four.
The U14 side was met with a challenge and just fell short in a competitive clash with Greater Dandenong.
Goals to Aleisha Foot and Thomas Pettigrew weren’t enough, but the Cannons remain second.
The U12 side went down 4-1 to Croydon Ranges. Alfie Ray found the back of the net.
The two Casey U10 teams faced off this morning and, very fittingly, the match finished in a 3-3 draw!
Xavier scored two goals for Team Noney and Lully scored 1, while Will scored twice for Team Coaster and Cleo one.
The game was played in great spirit with lots of laughs and the club is excited to see these kids grow into the next generation of senior players! 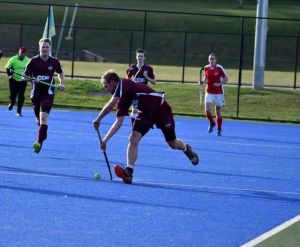 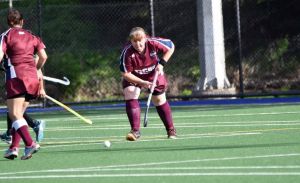 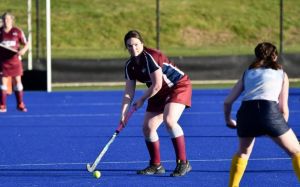