250 & 100 Games Jane Gipp and Brooke Hyland
A pair of our Women’s Pennant E players mark milestones this weekend.
Effervescent club favourite Jane Gipp hits the magical 250 mark, having first played in 2001. Janey served on the committee for five years and is always willing to put her hand up to help when needed.
Teammate Brooke Hyland cracks the ton in the same game, her 100th game coming after she made her senior debut in 2013. Brooke is the daughter of president David Hyland and sister of Tegen Hyland. She has shown great improvement this season, having appeared in a number of Vic League 2 games thanks to her commitment and versatility.
Please come to celebrate both players in their milestone games when they take on Monash Uni, 2pm, Sunday, at Monash 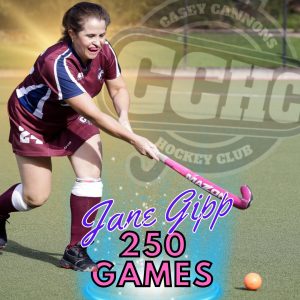